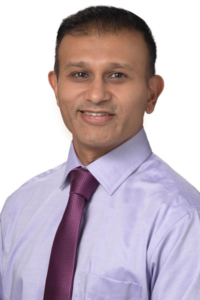 Before joining Princeton Radiology in January of 2022, Dr. Shah worked as a vascular and interventional radiologist with Abington Memorial Hospital and the Radiology Group of Abington in Abington, Pennsylvania. From 2017 to 2021 Dr. Shah served as Chief of Vascular and Interventional Radiology, Patient Safety Officer, and Reliability Officer at Abington-Jefferson Health in Abington, Pennsylvania. He was also the Medical Director for the Vein Institute of Blue Bell in Blue Bell, Pennsylvania (2015-2021) and the Asplundh Surgical Center in Willow Grove, Pennsylvania (2018-2021).