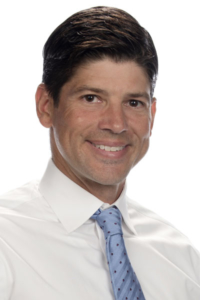 Michael W. D’Angelo is a graduate of the University of Richmond (B.S. 1994) and Virginia Commonwealth University School of Medicine in Richmond, Virginia, where he was elected to the Alpha Omega Alpha National Medical Honor Society (M.S.1997, M.D. 2001). Dr. D’Angelo interned at Virginia Commonwealth University Medical Center before he completed a diagnostic radiology residency at Johns Hopkins Hospital in Baltimore, Maryland in 2006. He went on to complete fellowship training in Vascular and Interventional Radiology and Musculoskeletal Radiology at Johns Hopkins Hospital in 2007.

Dr. D’Angelo has been certified by the National Board of Medical Examiners and Board Certified as a diagnostic radiologist by the American Board of Radiology. In addition, he has been awarded a Certificate of Added Qualification in Vascular and Interventional Radiology.

He is a member of several professional organizations including the American College of Radiology, Radiological Society of New Jersey, American Roentgen Ray Society, and Society of Interventional Radiology.